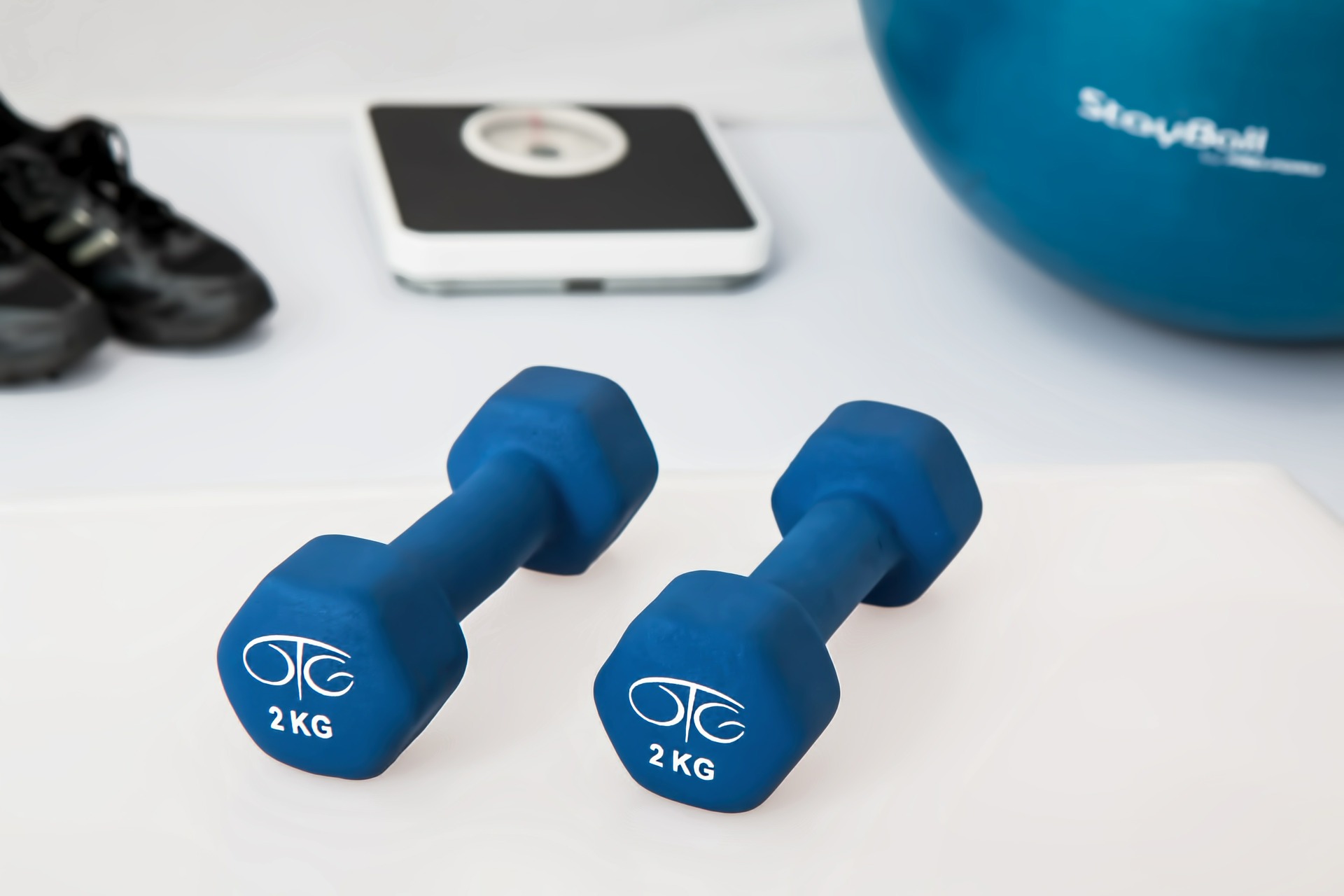 Who doesn’t love a good plan? It’s never a bad idea to chart out what exercise would be good to do on any given day. This is even more important with at-home exercise plans; after all, you don’t typically have machines or a trainer to assist you. Having a good home exercise plan is increasingly more common as people try to save money on gym membership fees and avoid judgmental stares from other gym goers.

The best home exercise plan should be convenient, easy to execute, and effective. Unfortunately, it seems that traditional forms of exercise are often viewed as having none of those qualities. They aren’t convenient to get to, some can be difficult to use, and the results don’t show up as quickly as they would like.

People tend to picture running mindlessly on a treadmill or cycling on one of those stationary bikes. They aren’t wrong; those are indeed methods of getting your heart rate up and your sweat glands firing. There are many other ways to develop of your cardio as well. Swimming, jump rope, climbing stairs…the list goes on.

These exercises, though time tested and proven, usually lack two key things that destroys most of their effectiveness.

Enjoyment: The Not-So-Secret Way to Success

It seems as though there are a select few people that actually enjoy the process of working out. Even then, these same people most likely had to learn to enjoy it. After all, the whole point of exercise is to break down the body so that it’s built up stronger. It’s natural that the body wouldn’t like doing something like that, and you better believe that it’s going to let you know.

Motivation is a tricky thing for any person looking to get in shape. It’s remarkably difficult to maintain once generated; it can 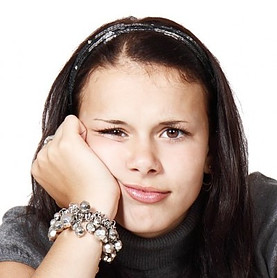 be fleeting to those who aren’t 100% committed to their goals at all times. Without it, it can feel as though exercise is a chore. Once that thought takes root in a person’s mind, there goes their fitness.

People are often bored at the gym. Reps and sets are often a pain to get through when building muscle while staring at a clock as you run makes you wanna just pack up and head home.

I’ve been there plenty of times myself. I know the struggle like the back of my hand. And just like other people, I’ve stopped going to the gym after a short while.

It was beyond frustrating to go through that cycle again and again. It was even worse knowing that gyms capitalized on that fact and sold their memberships knowing 80-90% of their members wouldn’t use them. I hated being part of that number, but I still did nothing to change that. It’s how powerful a lack of motivation is.

Nowadays, people expect things to be instant. It makes sense, given the technological world that we live in. But nothing in this world that’s worth the effort is instant. Unfortunately, this includes exercise.

So when people pay to go to the gym for maybe a week, quickly become bored/disengaged, and then don’t see any results…

Well, it’s recipe for throwing in the towel! 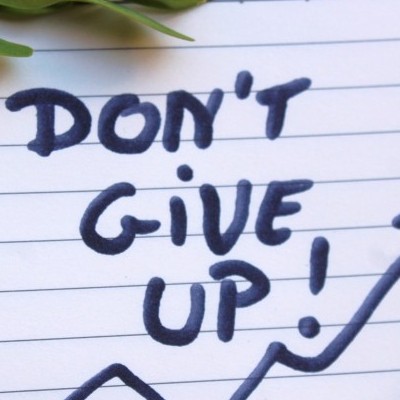 Good news! There is HOPE!

A method to ensure that pitfall is never fallen into.

The not-so-secret way to fix all of that is to find exercise that is enjoyable. Integrating fun and entertainment into exercise is a fantastic way to keep people interested in working out, especially during the beginning stages of getting into shape. Making exercise fun results in higher engagement and increased motivation; when you have fun, it’s easier to forget about the difficult parts of exercising.

As you keep exercising and enjoying the process, you’ll soon have the ever-coveted fitness gains, which adds as further motivation to keep going and improving your body; it’s like a snowball rolling down a snowy mountain that gradually becomes a giant snow boulder. You enjoy the exercise, so you get healthier, which in turn leads to a happier you.

A lot of people already try to inject a bit of entertainment and fun into their workout plans; I see this most commonly take the form of listening to music.

And why not? It’s fun, customizable, and portable. Perfect for a jog or a lift.

Which is precisely why I love Dance Dance Revolution so much.

It’s a ton of fun! The scoring system of DDR also gives you a convenient way of tracking your progress and removes a lot of ambiguity associated with fitness improvement. Didn’t have the energy to finish a song that you could finish now? How about scoring even better when you play it again down the road? It’s the little things that add up; it can even help build your confidence.

Because DDR is enjoyable, it’s very easy to play for long stretches of time without even noticing. It’s a game after all! I don’t see people get bored even after playing for weeks into months into years. Having a variety of game modes and an unlimited selection of songs allows you to mix it up as you please.

Best of all, it can be enjoyed in the comfort and privacy of your own home. You don’t need to worry about the thoughts and opinions of other people.

Speaking of other people…

A lot of people that quit exercising at the gym also do it for another big reason. 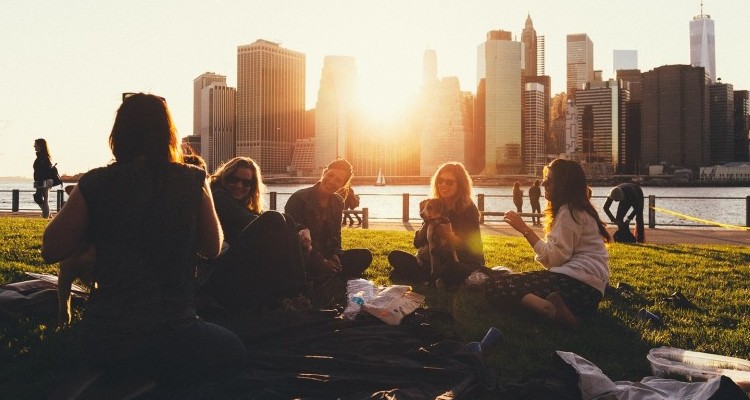 Humans are, by nature, social creatures. We like to interact with one another and will tend to gravitate towards activities that are done with one another. It’s a big reason why gym trainers are so popular; they serve as your human interaction at the gym and will encourage you to attend when you need to.

People who go to the gym on their own and workout on their own are almost certainly doomed to fail. Most people are just don’t stay interested in doing something by themselves, especially when it is something they are unfamiliar with and ESPECIALLY when the activity in question is difficult to do. Again, I’ve been there. I tried taking on the gym all by myself and fell out with the rest of them.

Unfortunately, most “gym pacts” are made in a person’s head, which makes them entirely too easy to dismiss. You are much more likely to get back to the gym if a friend is calling you from there wondering where you are.

In regard to that, Dance Dance Revolution is really good at building and maintaining connections with people as well. It’s built to be a single player OR two player game after all.

“But Apa, didn’t you just say DDR was to be enjoyed in the privacy of your own home?”

Dance Dance Revolution is flexible; you can play it by yourself OR with someone else. Being able to do that in addition to having your own privacy is something not a lot of other exercises easily offer. You and someone else can play together and learn together. Chances are they haven’t played much before either, so it could be a fun bonding activity as well.

There’s no looming pressure to succeed or look good. Having fun is the most important part!

Okay, that might be a bit of a stretch, but you get the idea. 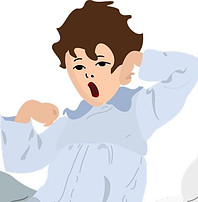 DDR is very easy to set up; it takes only a few minutes to roll out the mat and start the game. From there, you just pick a song and go! It can be a turn off to have to prepare yourself to travel somewhere else, especially after a long day. By having the game so close, you’ll be more likely to stick with it and play it, getting the exercise that you need.

When people decide to not go to the gym, they usually spend their time doing something unproductive at home anyways.

Might as well use that decision to our advantage, right?

Need to cook dinner? Hop on the pad for a song or two while everything is cooking.

Gotta vacuum, dust, or change the litter box? DDR isn’t going to stop you. Take a break from cleaning to play and vice versa!

Dance Dance Revolution is not an intrusive game. It’s a game that can be packed up just as easily as it was rolled out, if

need be. Heck, not even that is really necessary. You can complete all your duties while playing some music from the game itself if you really wanted to; it’s certainly capable of doubling as a speaker for your music choices.

There have been many times myself where I would leave the game running and just play for a bit here, work up a sweat, do something else for a bit, come back to play some more, stop to do something else, and so on and so on. The whole process works really well considering that I love listening to music as I complete my chores.

The Effect Dance Dance Revolution Has on Maintaining Fitness

I play both at home and at an arcade, but I can’t always make it to the arcade. It’s quite a distance from where I currently live, so I rely a lot on playing at home to keep myself moving. DDR is very effective at bolstering heart rate quickly, so it’s useful for a short session when I have a lot of other things to do.

In the higher levels of play, it feels as though you are sprinting for about two minutes. It’s enough to have anyone breathing heavily, hunched over and sweaty. And that’s just one song! DDR is essentially HIIT (High Intensity Interval Training), which I find to be perfect for home use.

I’ve played DDR far more consistently and achieved an overall stronger cardiovascular system due to my interest in the game. While it was certainly possible to make similar gains at the gym, I didn’t have any real fun going to the gym. I don’t even see DDR as “working out”.

I see it as simply playing a game!

What do you guys think?

What have been your experiences with having fun while trying to get into/stay in shape?

Please let me know! I love to hear other opinions! Happy Dancing!